Together, to make it a special Christmas 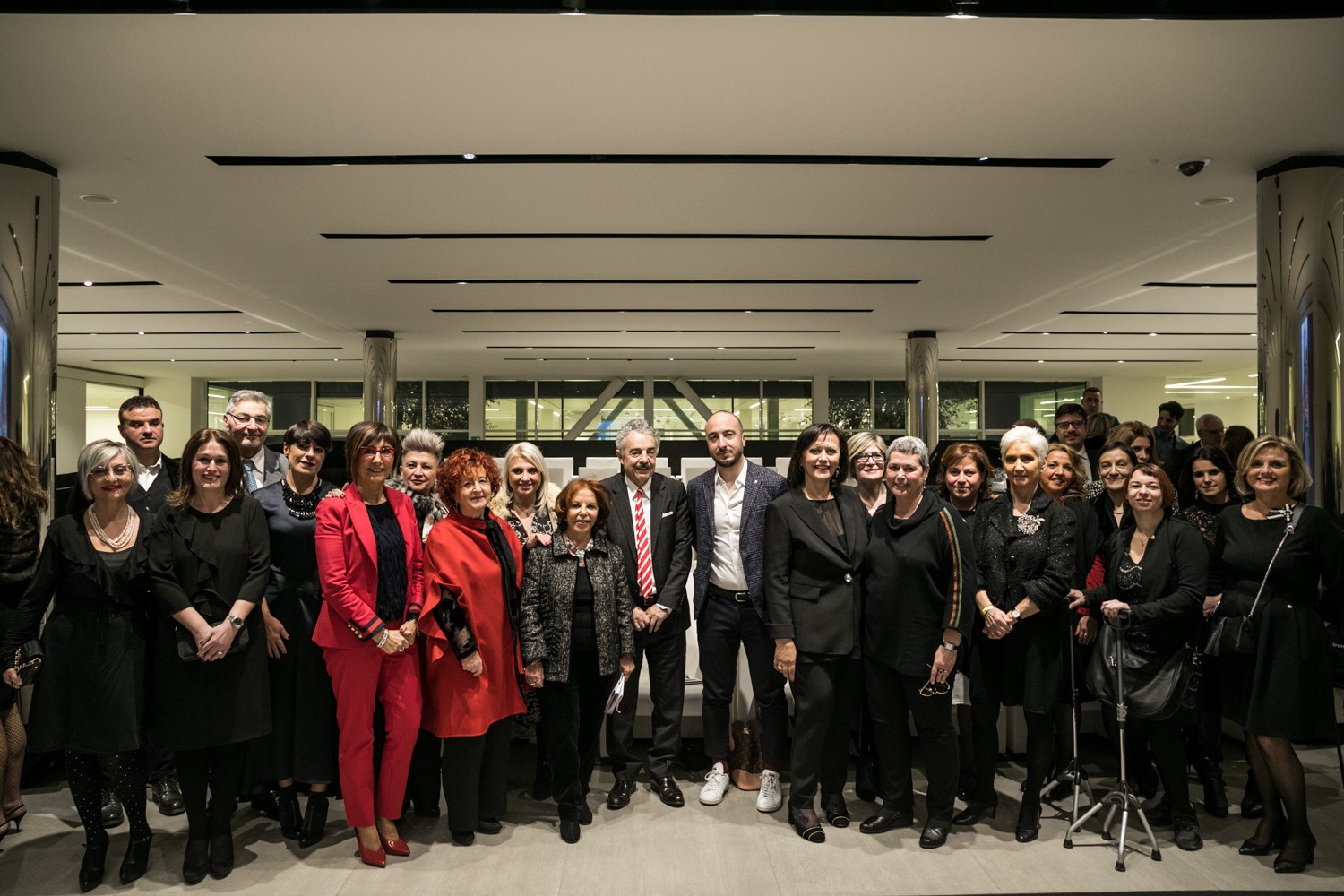 We are honored to have contributed, with our participatory Diagrams and a testimony from our founder Luigia Tauro, to support the innovative welfare program of the Transmec Group, which during the evening received the praise of the governor of the Emilia Romagna Region, Stefano Bonaccini.

Here is the press release from the Modena-based company.

The annual international Transmec Group meeting took place in the splendid location of the Florim Gallery in Fiorano Modenese.

On this occasion, the Welfare Plan was presented by Franca Scagliarini, HR Manager of the Italy group, which, together with some selected partners, will see the start of continuous training on correct lifestyles and preventive examinations relating to the most common oncological diseases .

All employees and their families can, through the KnowAndBe.Live digital platform, be kept up to date on scientific news and discuss the correct lifestyles. A manual (+ Knowledge-Fear) with all the useful information was distributed, coordinated by researchers and international medical staff.

Transmec will support ZetaService's Libellula project to increase awareness of violence against women. This award-winning project sees the involvement of many companies that decide to actively collaborate for information and help to women who live in situations of family hardship and in the workplace.

Confirming an already started collaboration between Transmec and ESO Consulting, in 2019 training for the operating levels is envisaged for their integration into company processes for a well-being in the workplace.

The evening saw the participation of the President of the Emilia Romagna Region Stefano Bonaccini who spoke on the theme of mobility and public works planned in the coming years on the Po Valley for the transport of goods.

He congratulated Transmec for the high awareness on Welfare in which he found many similarities with what was approved by the Region on 03.12.2018. "It is rare to find companies that develop private Welfare policies aimed at employees and their families with such an articulated prevention plan, congratulations!"

The Hon. Lella Golfo, President of the Bellisario Foundation, concluded the report complimenting Transmec for the 2018 Mela d'Oro Award received in June as a "Work Life Balance Friendly" company, he recalled that the selection among the participants in the award is very selective and after meeting the staff of the group managers and the Transmec property , has confirmed that it has awarded the prestigious prize to a group that has all the credentials to deserve it!

Golfo continued, recalling his book "Ad Alta Quota" now in its third edition, which has many similarities with the path of many female managers who have hardly earned a position of responsibility in politics or in companies, fighting alone against a thousand difficulties.

... Do not stop, even when you are alone and in difficulty, when they try to tear your wings and turn off your dreams. Do not stop because within you, within us, there is a force capable of changing the world. Feed it, keep that sacred fire lit and wherever it leads you will know that it was worth it. "Lella Golfo

The evening ended with a gala dinner which, in addition to the employees of all the international companies of the group, the guests and guests mentioned, was attended by a delegation from ANT Modena, who shared the welfare plans presented with satisfaction.

"We are very satisfied with what was presented tonight and honored to have had illustrious guests among us who represent our way of operating and the strong desire for continuous improvement for our Group with its roots in Emilia". Danilo and Massimo Montecchi.