Delays and resumption of screening programs in time for Covid-19

The survey by the National Screening Observatory 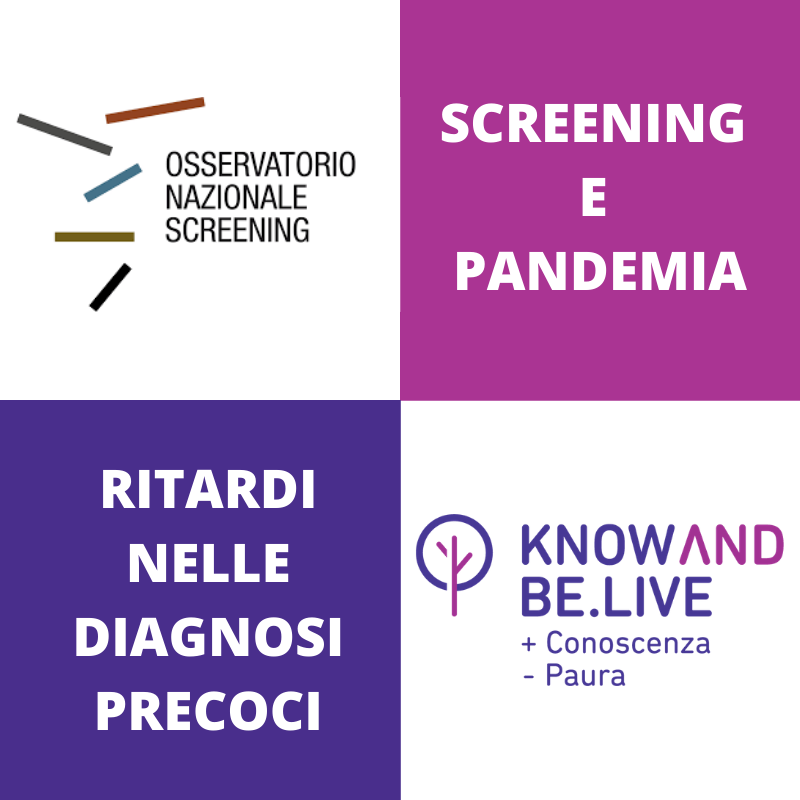 Suffice it to say that today, in Italy, compared to 10 years ago, 37% more patients are alive after diagnosis, thanks also to screening campaigns.

However, due to the Covid-19 pandemic, these exams have suffered considerable delays that have accumulated over time and are currently difficult to recover. The complete suspension of screening services occurred in the months of March and April 2020. Starting from May, the programs were reactivated, with different timing, intensity and methods between the various Regions and within the Region itself.

The National Screening Observatory [2] has been in charge of monitoring the progress of these delays and the resilience of each Region.

The survey analyzed the period January-September 2020 in all regions (except Basilicata) and was compared with the same period in 2019.

For each screening program, the survey assessed the delay in standard months [3] in delivering the tests, the number of tests not performed and the estimated number of undiagnosed tumors.

The delay in standard months
In the months following the lockdown, the delay accumulated for the total blocking of visits has not been recovered, but on the contrary it has worsened.

Graph 1. Accumulated delay for the 3 screenings in standard months.

Graph 3. Estimation of the diagnoses not carried out.

The delay and related undiagnosed injuries depend on both the lower number of people invited and the lower membership of the population.

If in the period January-May the delay was mainly due to the suspension of the invitations in March-April and the gradual restart in May, in the period following June-September, the further additional delay is linked to the securing of the screening paths. .

The use of protective devices, the intensification of sanitation procedures, the need to maintain physical distance even in waiting rooms, have extended the time needed between one screening exam and the next, with the consequent reduction in the number of seats available.

In addition, it must also be considered that screening personnel have often been reallocated to support the emergency.

Another crucial element is the participation of the population, which in all three programs decreased significantly, respectively by 17% for cervical screening, 20% for colorectal screening and 21% for screening. breast.

If people who have not signed up to the invitation will do it later, the risk of losing the benefit of an early diagnosis will still be limited; if, on the other hand, the test is not recovered and you go directly to the next invitation, the damage of undiagnosed lesions could become important.

It is therefore more than necessary that the recovery planning be timely and consistent and that there are no differences between the three screening programs.

[1] A cancer screening test is a test that allows you to detect early stage cancer. In Italy there are currently three screening programs dedicated to breast, cervical and colorectal cancer.

[2] The National Screening Observatory was founded in 2001 and works as a technical tool to support both the Regions, for the implementation of screening programs, and the Ministry of Health, for the definition of operating procedures, monitoring and evaluation of programs.

[3] The number of months of activity needed to make up for the accumulated delay if the program were to go at the same speed as the previous year, i.e. it examined the same number of people observed in 2019 every month.