KnowAndBe.live's experience in the X Report on the care condition of the cancer patient 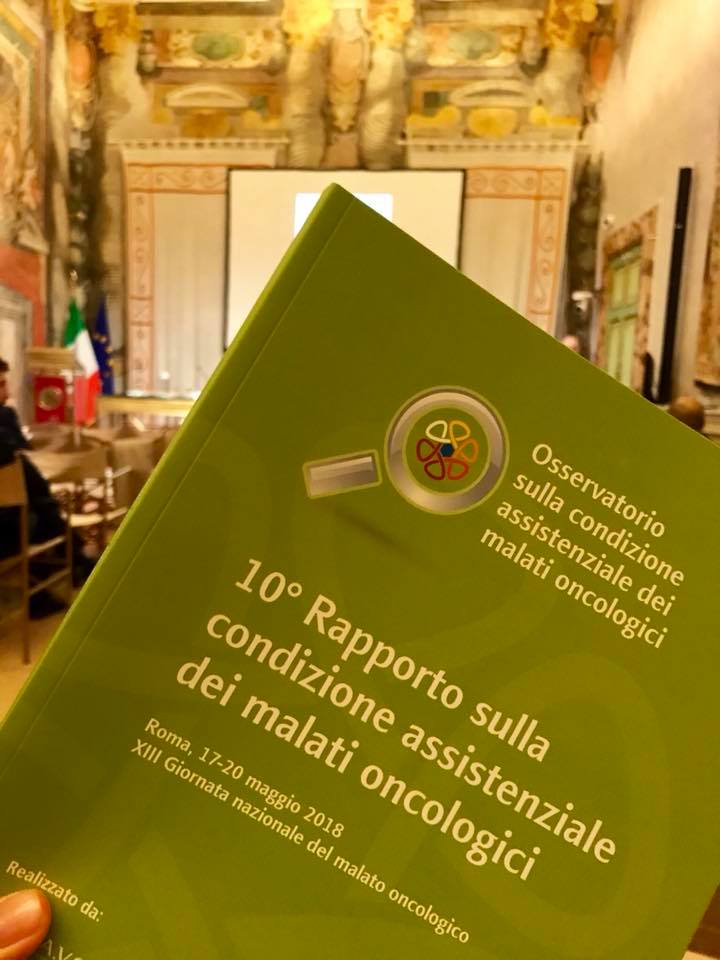 Despite all the progress of recent years on cancer prevention, much can still be done to increase the level of information and awareness on prevention, bridge the gap between northern and southern Italy and increase access to cancer screening [1]. Innovation in the methods, languages and training tools is an important key to further spread the culture of prevention.

These are the themes at the center of the chapter 'Innovation in the methods of education in the culture of prevention in oncology: Visual Journalism and Participated Diagrams' of the 'X Report on the condition of care of cancer patients', presented today in the Senate during the XIII Day of the cancer patient, organized by FAVO (Italian Federation of Voluntary Associations in Oncology).

We took care of the chapter, coordinating a working group composed, among others, by Matteo Moretti, researcher and teacher of the Free University of Bolzano, Dr. Lucia Mangone - President of AIRTUM, dr. Massimo Annicchiarico - General Director of AUSL Modena and FIASO delegate, dr. Marco Zappa - head of the National Screening Observatory.

Here is a summary of what emerged:

SIGNIFICANT NORTH-SOUTH DISPARITIES EXIST IN ITALY BOTH IN THE INCIDENCE OF TUMORS (NUMBER OF ANNUAL CASES), AND IN THE SURVIVAL.
The incidence is, for many cancers, lower in the south, thanks to the presence of protective factors - such as the lower consumption of alcohol and red meat in the southern regions - and in general it is associated with healthier lifestyle behavior: correct lifestyle (not smoking, exercising, drinking low alcohol, eating fruit and vegetables, eating low fat and red meats) can in fact avoid around 39,000 deaths from cancer each year in men and around 13,000 in women.

For survival, which in Italy is on average 60% for all cancer sites and is strongly correlated to the ability of healthcare facilities to intercept the disease early (secondary prevention, or early diagnosis, through cancer screening) and to treat it better ( quality of care), the north-south disparity reverses: in Emilia Romagna 62.4% of those who fall ill survive, in Campania 55%. It is therefore not surprising that, on early diagnosis, Emilia-Romagna and in general the northern regions show the highest rates of adhesion to screening in Italy, while the southern regions show the lowest adhesions: for the breast tail light it is Campania, for the colon-rectum it is Calabria and for the uterine cervix still Campania.

And failure to join increases in percentage among people with low education and among those with many economic or foreign difficulties.

FOR ALL THREE SCREENING PROGRAMS, THE MAIN MOTIVATION FOR NEVER CARRYING OUT THE TEST REMAINS THE FAILURE TO PERCEPT THE RISK AND THE ABSENCE OF A MEDICAL COUNCIL. FOR MAMMOGRAPHY, THE FEAR OF DIAGNOSIS IS ALSO SIGNIFICANT.
The data on the delay in the adhesion of some groups of Italians and Italians to cancer screening programs and the impacts that these delays have on survival, in the event of the onset of the disease, define the urgency of finding new tools and new languages to educate prevention of the population.

It was these reflections that led me to create, together with the teachers of the Visual Journalism Platform of the Free University of Bolzano, the first Participatory Diagram on cancer prevention in Italy, designed with the aim of increasing awareness on cancer prevention of a heterogeneous audience, through a physical approach, that is, tangible and perceptible through senses other than sight, and a playful approach. The "physical representation of data" allows the person to interact with those figures which, if only read or listened to, are often not fully understood. In this way, however, exploring and living material tools helps to better assimilate the meaning hidden behind the data.

Primary and secondary prevention in all areas and population screenings, which have demonstrated efficacy in the impact on community health, represent a terrain of great interest also for the repositioning of the role of Healthcare Organizations, which institutionally deal with transfer knowledge and culture of prevention to a local community. The AUSL of Modena, among the first, has realized that a traditional communication approach, based on one-way and single-channel methods, can be ineffective in promoting health and prevention and has experimented with new approaches and new languages, in particular by realizing participating laboratories, confirming that participation creates contexts in which the institution and the citizen are on an equal footing, reinforces a real bond of trust and favors the identification of the best ways to reduce the adhesion gap to screening.

BECAUSE THE PARTICIPATORY APPROACH AND THE TRANSFORMATION OF LANGUAGES CAN BE EFFECTIVE IT IS HOWEVER NECESSARY FOR THE HEALTH SYSTEM TO ALSO CARRY OUT A 'COPERNICAN REVOLUTION', PUTTING THE PERSON, AND NOT THE DISEASE, AT THE CENTER OF HIS PUBLIC HOME
and continuing in a season that seems to have already inaugurated: that of including the civic component (associations, social representations), not only technical-scientific cultures, and of hybridizing experiences, points of view and knowledge, decisively pushing the commitment of the AUSL in the role of social agents.

Probably less complex to say than to do, but the actualization of a public system that is now 40 years old is, without any doubt, the best contrast to its early aging. It is too important an asset to disperse it (or worse lose it), and we hope that what is published in the chapter we have summarized will demonstrate how many intelligences operate to prevent this from happening.

KnowAndBe.live's Participated Diagrams in Rome for the XIII National Day of the Cancer Patient

Want to see Participated Diagrams in action? On 19 and 20 May 2018, from 10 am you can also try this active and shared learning experience. You will find us at the Angelicum Congress Center in Largo Angelicum, 1 (Rome), the event is open to the public and free of charge.