Cancer screening for the early diagnosis of tumors. Lights and shadows

The PASSI survey data has been updated 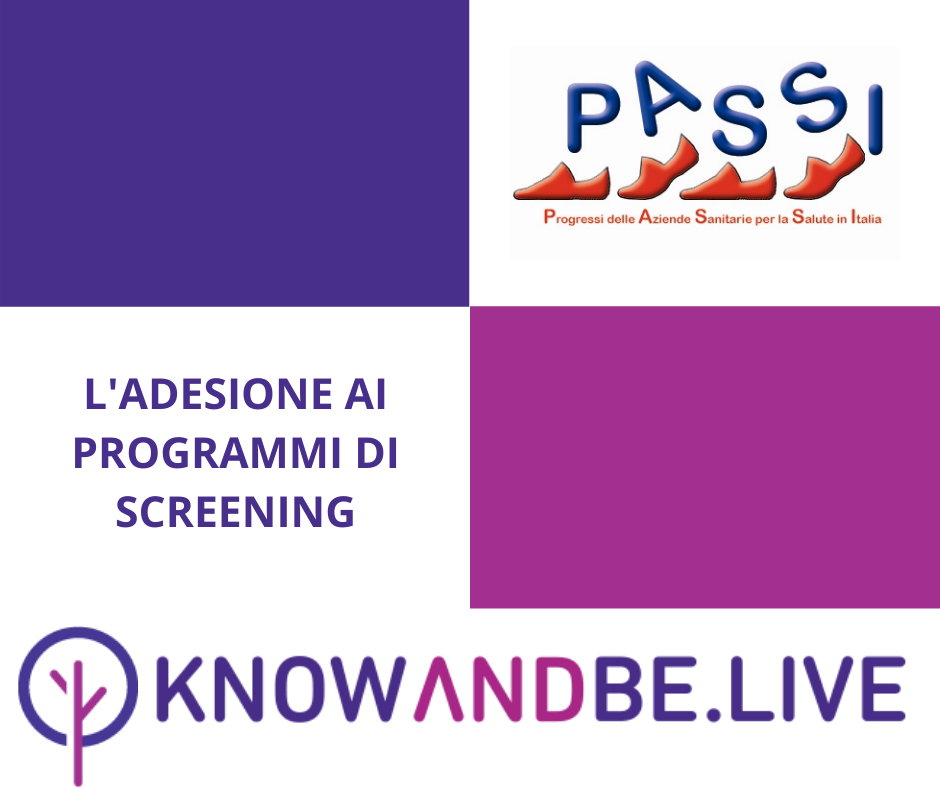 The PASSI system (Progress of Authorities for Healthcare in Italy) of the National Health Institute collects information on participation in the 3 screening programs in Italy, dedicated to early detection of breast, cervical and colorectal cancer.


The latest collected data [2] show that the range of programs offered is not uniform throughout the country and the lower use of organized screening in the South/Islands compared to the North partly reflects the lower and insufficient supply in those territories. And spontaneous initiative screenings are not enough to close the gap.

75% of women underwent the examination in the previous two years, most of them by participating in organized programs.
In Central and Southern Italy the use of spontaneous screening increases, due to the insufficiency of organized screening, and there remains a gap to be filled, between South and North Italy, of almost 20 percentage points!

80% of women underwent this screening in the three-year period, participating in the organized programs. On the contrary, the number of women who use them on their own initiative is decreasing.

Even for this exam, the gap between Southern and Northern Italy is 18 percentage points!

Only 48% of men and women attend colorectal screening, mostly taking advantage of organized programs, but the amount of people who use the test is increasing.

The difference between Southern and Northern Italy is very strong, with a gap of 40 percentage points! The 53% of interviewees by PASSI who did not participate in colorectal screening were mostly those between 50 and 60 years old, socially disadvantaged due to economic difficulties or low level of education and living in the South and Islands.
Moreover, among people who do not undergo screening, the prevalence of smokers, sedentary, overweight is higher.
Among the reasons given for not screening for Blood test from a stool sample, by those who have never tested it or have done so beyond the recommended time period, it appears that most think they don't need it (32%) or report never being advised to (25%).

For this reason, the doctor's advice to participate in the colorectal screening program becomes essential, along with the invitation letter from the Local Health Authority, but only 35% of the people interviewed received such advice.

1 A cancer screening test is an examination that helps detect cancer at an early stage.